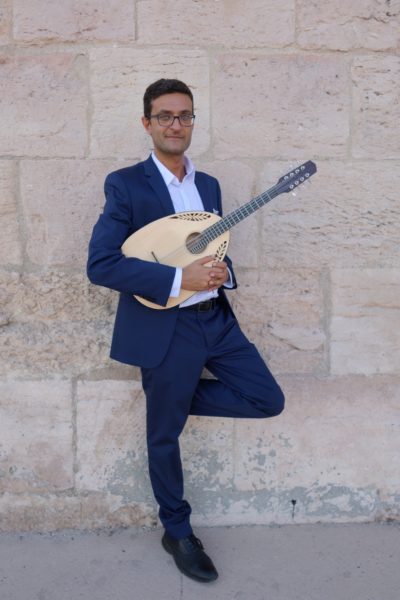 Born in Ischia (Naples, Italy) in 1980, Fabio graduated as a mandolinist at the Conservatoire of Naples , then went on to perfect his technique at the ENMD of Argenteuil with Florentino Calvo and got a DEM and at the conservatoire of Esch-sur- Alzette where he worked with Juan Carlos Munoz.

He has collaborated with a number of theaters and national orchestras both in France and Italy( the San Carlo in Naples, the Opera Garnier in Paris, the Symphony Orchestra of Montpellier, the Maggio Musicale Fiorentino, the Opera of Cagliari, the Orchestra of Radio France, the Chorégie d’Orange, etc), with conductors like Rostropovich, Berio Renzetti, Santi, Garforth, Pahn, Foster, Chung and others.

As a soloist and in chamber music orchestras he has appeared in Italy, France, Malta,England, the Netherlands,Austria, Spain, Czechoslovakia, Luxembourg, Estonia, Belgium, the USA, Israel, etc.

His discography is much varied and ranges from contemporary repertoire, to baroque, classical or popular music (from Italy, Brazil, Argentina).

In 2009 and 2013 he was mandola tutor for the «EGMYO» (European Guitar and Mandolin Youth Orchestra) an international project set up by the German Federation for the mandolin and the guitar.

In 2012 he was prizewinner at the José Fernandez Rojas competition for composition (Logrono, Spain).

As a teacher, he often gives courses for the mandolin and for ensemble music with orchestras and at festivals.

At the moment he teaches the mandolin at the Beziers Mediterranée Conservatoire (France).