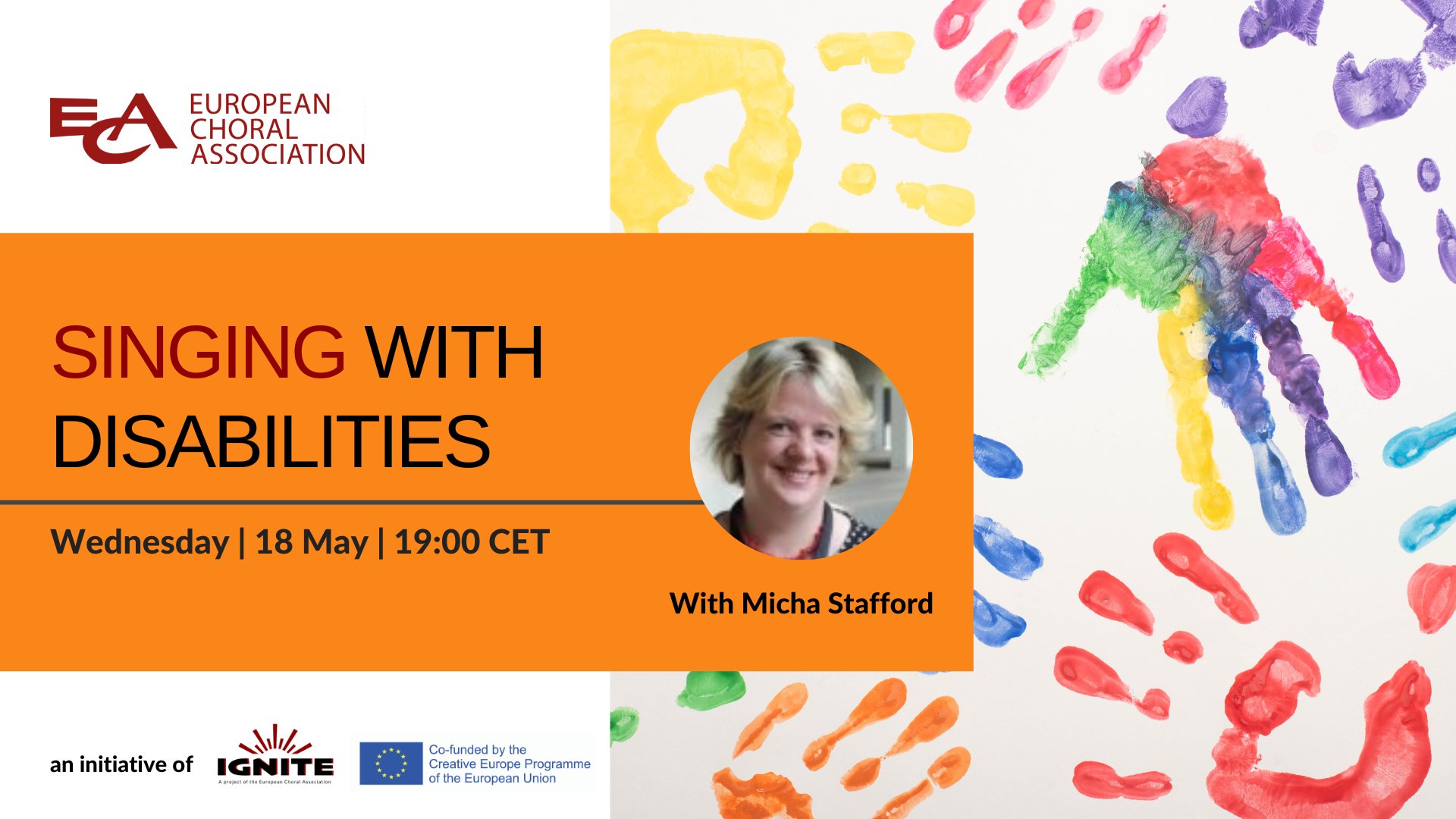 The webinar “Singing With Disabilities”, led by Micha Stafford and organised by the European Choral Association, will retrace a study carried out over four years to analyse how people with autism can benefit from choral singing. By attending the webinar, you will have the opportunity to see research videos (which are not publicly available) to understand how techniques of the choirmaster can support work with people with autism.

WHO CAN ATTEND: Everyone can attend. Participation is free.

HOW TO REGISTER: Please fill out the following form to register -> https://bit.ly/RegistrationSingingWithDisabilities

DESCRIPTION
Our understanding of the potential of people with autism has evolved a lot in recent years. The absence or difficulty in communicating is one of the most characteristic symptoms of people with autistic traits. In neurotypical development, the baby, then the young child, will learn to vocalise, speak and sing by imitation. The autistic person, on the other hand, needs support to learn the mechanics of listening and retransmission to be able to have access to singing.

Choral singing with the method of Inclusive Choirs, bringing people with and without autism together, has shown the possibility of reactivating repressed potential. People who are in a very pronounced withdrawal, having no access to language, open up when they come into contact with music in a group.

MEET THE LECTURER
This webinar is led by Micha Stafford, a psychologist and choirmaster. Micha worked as a music teacher and then became a specialist in autism. During these years, she received several people with disabilities in her choirs and was surprised to see their progress by singing in ordinary and non-specialised choirs. She combined her two professions to create the concept of Inclusive Choirs. Since then, she has conducted several scientific research studies on this topic and has given training and conferences across France and Europe.

This online event is organised in the frame of IGNITE, co-funded by the Creative Europe Programme of the European Union.